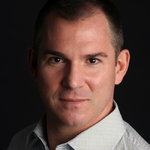 “WOULD Pope Francis Sign the New Catholic Teacher Contract?” That’s the question spelled out on a dozen billboards that have gone up around Cincinnati over the last week or so.

And it’s an excellent one, because it flags the tension between what’s been said in Rome and what’s happening in Ohio, between a message of greater tolerance and the practice of the same old intolerance, between the direction in which the Catholic church needs to move and the matters of sexual morality on which it keeps getting stuck.

Those matters take center stage in an expanded employment contract that the Archdiocese of Cincinnati is forcing on more than 2,000 teachers, some of whom are refusing to sign it. In what the document does and doesn’t spell out, it sends the tired message that virtue resides in whom you share your bed with and how you do or don’t procreate.

The more things change, the more they remain mired in libido and loins.

The new contract expressly forbids a “homosexual lifestyle” and any “public support” of one. But it says nothing about public support of the death penalty, something else that the church opposes.

The new contract specifically rules out any use or advocacy of abortion rights, surrogacy, even in vitro fertilization. But it doesn’t address possible advocacy of the sorts of bloody military engagements that the church often condemns.

The new contract forbids “living together outside marriage,” “sexual activity out of wedlock” and any public endorsement of either. But there’s no reference to concern for the downtrodden, to the spirit of giving, to charity. And while those are surely more difficult to monitor, aren’t they as essential to Catholic principles, and closer to the core of the faith?

The Cincinnati document could be a harbinger of similar ones around the country. Already, Catholic officials in Hawaii and in Oakland, Calif., have introduced new teacher contracts that reflect the same concerns or delve into the same specifics.

And these specifics contradict what Pope Francis said last year about the church’s undue attention to a handful of divisive social issues.

Remember: Faithful Catholicism has never been a condition of employment in most Catholic schools, which have Protestant teachers, Jewish teachers, teachers of no discernible religion. They know to be respectful. They know to be discreet. But they’re there to decipher the mysteries of algebra, to eradicate the evils of dangling prepositions. They’re not priests.

The Archdiocese of Cincinnati is blurring that distinction, labeling the new employment agreement a “teacher-minister contract.” The language is deliberate. Religious organizations can claim exemption from anti-discrimination statutes in the hiring and firing of ministers who are actual caretakers of the faith. Putting teachers in that category — lumping them together with clergy — is an end run around laws that govern other employers.

But if Catholic schools are allowed an exemption from public accountability, shouldn’t they be denied public money? In Ohio they receive a significant amount of it, in the form of school-choice vouchers that families can use for parochial education.

With the “teacher-minister” classification and the long list of forbidden behaviors, Catholic officials in Cincinnati are trying to insure themselves against lawsuits like one filed by an unmarried female teacher who was fired after she became pregnant by artificial insemination. (A jury awarded her $171,000.) They’re also rationalizing decisions like the dismissal last year ofMike Moroski, a dean who indicated support for same-sex marriage on his blog.

Over recent days I spoke with him and other former and current employees of Catholic schools in the Cincinnati area. They wondered why religion gets to trump free speech.

They also wondered about run-of-the-mill political activity: Can a teacher be canned for attending a rally for a candidate who’s pro-choice? The contract suggests so.

Does a Catholic-school teacher relinquish the basic privileges of citizenship? The contract raises the question.

And what constitutes “public support” of a Catholic no-no? If a teacher’s Facebook page includes photographs of her niece’s same-sex wedding, is that cause to be fired?

“THE previous contract was two pages,” Richard Hague, who has taught literature and writing for 45 years at a Catholic high school in Cincinnati, said to me. “It was sort of don’t-ask-don’t-tell.”

The new contract is six pages and offends him in its suggestion that he must, for example, not express support for gay people in his life. Before it was distributed, Hague, 66, planned to teach for another five years. Now he doesn’t, and explained in a letter to the archdiocese: “I simply cannot believe that Jesus would require me to condemn my friends.”

Hague, who described himself as “a recovering Catholic,” said that his objections were distilled by a priest who told him that the archdiocese was turning “matters of the confessional” into “matters of the firing line.”

Mindy Burger, 63, is also declining to sign the contract, which she called “really misogynistic.”

“If I’m a teacher in a Catholic school and I’m a man, who’s going to know if I’m having sex outside of marriage?” she noted. “But if I’m an unmarried woman and get pregnant, I’m fired.”

These next weeks will be the end of her 18 years as an art teacher at her Catholic elementary school. She attended that very school decades ago and reared her own children as Catholics, but she told me: “At this point, I don’t consider myself Catholic anymore.”

There are so many losers here: kids — many from the inner city — who depend on parochial schools that will now be drained of talent; younger teachers who can’t afford to quit and will carry an embittered attitude into their classrooms; Catholics everywhere, forced to wrestle anew with their church’s archaic fixations; church leaders, who have such a sad knack for driving people away. Isn’t that what Pope Francis was urging an end to?

“I don’t see much in the gospel about sexual stuff,” said Timothy Garry, a lawyer in the Cincinnati area who sent all three of his children to Catholic schools and is trying to persuade the Cincinnati archdiocese to adjust the new contract.

Burger told me: “With Francis, everyone feels so hopeful. That’s one of the ironies of this.”

The discussion concerning the possibility of having married priests seems to be gaining ‘traction’ in some episcopal circles. David Gibson outlines recent developments in an article in the National Catholic Reporter

The editorial staff of the NCR call for a dialogue about sexual ethics.
“We strongly encourage dialogue between laypeople and church leaders regarding all issues in the sexual sphere. But we also recognize that dialogue can have its limits, particularly if those in leadership do not demonstrate an openness to developing the church’s teaching on sex and sexuality.”

Excerpts from a report by Gerard O’Connell in America Magazine on Pope Francis’ “Wake-Up Call to Polish Clergy”.
It could be a wake up call for the Irish Church as easily.
“Francis has heard about the tendency toward clericalism and resistance to change among many of the 156 bishops and 30,000 priests”.
“Francis noted that “in our lives as priests and consecrated persons, we can often be tempted to remain enclosed, out of fear or convenience, within ourselves and in our surroundings.”
“Looking at the bishops and clergy seated in front of him, he said, “Jesus wants hearts that are open and tender towards the weak, never hearts that are hardened.”

This is the address given by Angela Hanley to the ACP meeting in Portlaoise on June 2nd.  The meeting concerned the introduction of the New Missal

Brian Fahy’s reflection on his own life’s journey certainly proves that ministry is not confined to ‘being a parish priest, or indeed a minster of religion, or a liturgical, sacramental operative.’
‘My time in the Redemptorists was rich even as it was also difficult…….. I am (now) learning how to be a good father and grandfather in these later years of my life. I am also learning how to be a widower at peace with the story of life that came to me.’