In the Shadow of prophecy

I am indebted to Richard Rohr’s daily meditation on the Net from the Center for Action and Contemplation based in Albuquerque, New Mexico for stimulating this week’s thoughts.

In his posting for July 2nd, he writes of the peculiar nature of the Hebrew prophets. It is not common practice in the Scriptures of other world religions for writers to be critical of their own religious belief and practice yet in the Hebrew Scriptures we find men who do just that. A“Prophet can deeply love their tradition and profoundly criticize it at the same time.” writes Rohr. He goes on to say –“In fact, it is their love of its depths that forces them to criticize their own religion. This is almost the hallmark of a prophet. Their deepest motivation is not negative but profoundly positive”

We would do well to apply those wise words to the prophets of our own time. Too often when critical voices are raised in the Church, the motive for speaking out is misunderstood. The critics are accused of disloyalty, provoking unrest and disturbance of faith. The ‘company men and women’ don’t create waves, they live with the status quo and so avoid disturbance that would otherwise be their lot.

But now and then individuals come along who have the courage to raise their heads above the parapet, to take the risk of asking the awkward, yet honest questions. That was the substance of last week’s reflection built round the questioning words of Don Cozzens. When there is a problem at home, which is the better choice? Do something about it? Or leave home? ‘Doing something’ may be far more difficult and challenging than walking away. Our Church is our home, why become homeless by our own volition?

Time and again the Gospels tell us that it was “the priests, elders, and teachers of the law” who condemned Jesus.

It is too easy for some to say, “You criticize the Church too much.” But that very action is a mark of our faithfulness to the pattern set by the prophets and Jesus. Rohr goes on to say, “I would not bother criticizing organized Christianity if I did not also love it.”

The ‘critical voice’ should not be seen as the ‘negative voice’. Criticism, managed in an open and honest manner is fruitful, it allows for reflection and readjustment where required. But it has to be done in a grown up manner, with transparency and honesty.

It is part of the on-going task of the Church, reflected in the title of Michael Winter’s book “Mission or Maintenance?” first published in 1973. Are we content only with the upkeep of the historical Church, when in fact we should be a Missionary people? We need to respond to changing circumstances or we will find ourselves talking in an empty room, facing a mirror.

One immediate area of concern must be an acceptance of the prophetic voice of women in the Church. They do so much yet they are not given the credit they deserve. Their courageous voice has been heard across the United States and other countries yet often they have been called to question and judged for their actions.
In a different world, we must be a missionary Church in a different way. None of this invalidates our heritage but demands that we recognize and respond to reality. Joni Mitchell’s song from the late 60s says it all in the final verse “I’ve looked at life from both sides now/From win and lose and still somehow /It’s life’s illusions I recall/I really don’t know life at all”. The certainty that we have all the answers prevents our asking important questions and in so doing seeking an honest response. Prophets exist in our time, they tell the story of what is and of what it might become. They do so fully aware of the consequences of speaking out, knowing that they will be ostracized and derided. For love for the Church, their home, they suffer the loneliness of rejection.

Even Francis has experienced the pain of the prophet. With the publication of the Agenda for the Synod of the Amazon to be held in mid-October, he has been accused by Cardinal Walter Brandmüller, of breaking with Catholic teaching. According to Brandmüller, the synod’s recently-published preparatory document “burdens the Synod of Bishops, and finally the Pope, with a grave breach with the depositum fidei”.

Seamus Ahearne has time on his hands as he waits to metamorphose from his cocoon. However he wonders “what will emerge for us as Church”….”Our creative juices can be sharpened over these weeks and months.  No longer will it matter if we have female deacons or priests or celibates.  We will be on call to answer the needs.  And those needs will be different and new.” 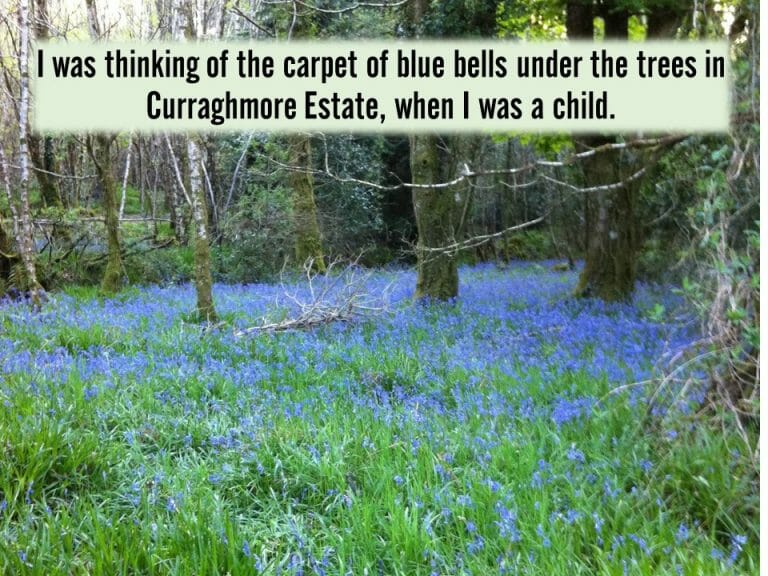 (Philip Larkin- Church Going.) Blue Bells They peeped out at me or so it seemed. I wasn’t sure. They had vanished when I looked again. Was I imagining it? A…

Rev. Michael G. Ryan, pastor of St. James Cathedral in Seattle since 1988, serves on the board of the national Cathedral Ministry Conference.

This article was published in America magazine

From Gript.ie… The government had told Catholic leaders to postpone First Holy Communions and Confirmations earlier this summer. Gript.ie understands that the four Catholic archbishops of Ireland have written to…

“For God had made two huge lights, the sun and moon, to shine down upon the earth
— the larger one, the sun, to preside over the day and the smaller one, the moon, to preside through the night;” Gen 1:16